1) Etiology/pathogenesis with multiple translational research projects that are implemented in collaboration with other research groups. They are focused on inflammation (studied with PET/CT and MRI imaging), relative telomere length, SNP analyses, infectious agents and possible auto-immune reactions. A population-based blood- and tissue-bank has been created, as well as one blood-bank from patients with multiple aneurysms. A multicentre genome-wide-analysis (GWA) project has been initiated. The research group coordinates a large multicentre randomized trial evaluating the effect of a mastcell-inhibitor on AAA growth rate.

2) Prevention by screening, where the role of Uppsala as pioneer in Sweden is exploited in various projects. Three of our PhD students at neighbouring hospitals are engaged in evaluating different aspects of the screening program. The prevalence of, and risk factors for, the disease in different risk groups are being studied in a multicentre collaboration. The cost-effectiveness of different screening strategies is evaluated, in particular population-based screening of men and women as well as selective high-risk screening. Methodological aspects of ultrasound measurement are studied as well as the importance of various suggested definitions of AAA.

This research-line was scrutinized by the Swedish Research Council in 2012, the grants were prolonged and increased almost three-fold. In 2011 an extra grant from the Swedish Research Council was given as a result of a separate application for clinical research (“Kunskapsluckor i Sjukvården”), explaining why we have two grants. The Heart and Lung Foundation, and the Regional Research Fund also support this research-line. There are multiple international collaborators: Zürich, London, Paris and Rotterdam being the most important centres, as well as the VASCUNET, a collaboration of eleven national and regional vascular registries.

5) Intestinal ischaemia is studied with both epidemiological and translational methodology, including micro-array analysis of tissue from porcine experiments.

6) Iatrogenic vascular injuries are studied in different registries with the aim of defining preventive strategies, and in collaboration with the orthopaedic department popliteal artery injuries after both elective orthopaedic surgery and knee trauma are studied.

7) In a basic research project levels of PAI-1 are studied among patients with critical limb ischaemia. The group is involved in the design of a large international multicentre trial evaluating the effect of a new thrombocyte inhibitor among patients with peripheral arterial occlusive disease. New imaging techniques (3T-MRA, dual-energy CTA) to detect subclinical arterial lesions among patients with diabetic foot ulcer are tested. New endovascular treatment modalities for lower extremity ischaemia are evaluated.

8) Prophylaxis of venous thromboembolism has focused on the effects of selective blocking of activated Factor II and X.

9) The epidemiology of venous ulcers is studied. A multicenter RCT assessing the role of perforator surgery with SEPS to minimize the risk of recurrence of venous leg ulcers long term was published. Recurrence of varicose veins following intervention is analysed in a series of prospective clinical studies, assessing both short and long term recurrence.

Members of the group during 2019

All publications can be found in the digital archive DiVA.

In all of these research fields, research is based on data from the Swedish quality register in vascular surgery, Swedvasc, as well as to the cooperation that has been established with ten other countries' regional and national vascular registry, Vascunet. 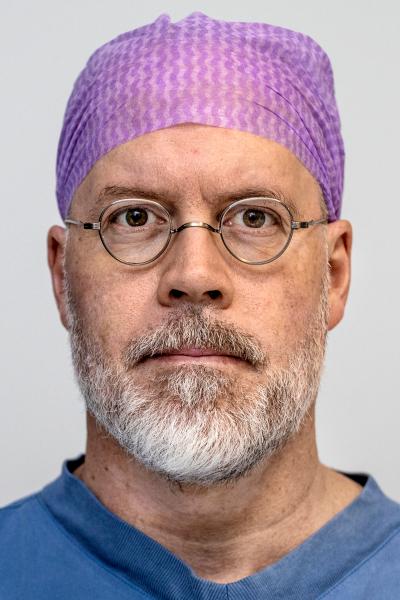